Telstra will sell all three models of iPad 2 with Wi-Fi + 3G connectivity — 16GB, 32GB and 64GB — on a range of two-year plans and also on a range of pre-paid plans. The telco will not offer the iPad 2 on shorter, 12 month plans.

"Our customers will be able to buy iPad 2 on a plan that includes no upfront fee, a generous monthly data allowance and which allows them to pay the device off over 24 months. Customers will also be able to purchase iPad 2 outright and team it with one of our popular iPad Pre-Paid options that allows them to top up data as they need."

Finally, the 64GB iPad 2 through Telstra introduces an upfront cost in addition to increasing the monthly plan costs. A $24 upfront payment is required on all four plans with this model: $57, $67, $77 and $107 per month, once again with the same data allocations.

Telstra will sell the iPad 2 at "selected" Telstra shops and through all Telstra Business Centres, over the phone on on Telstra's online shop from next Tuesday. 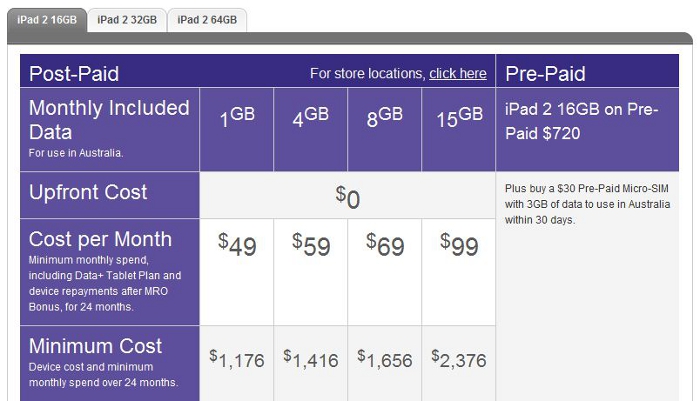 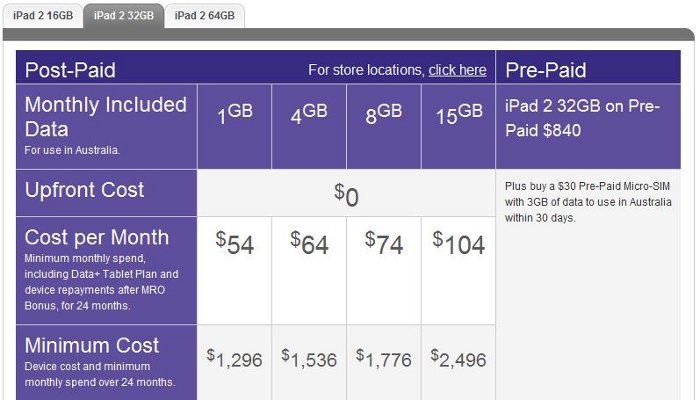 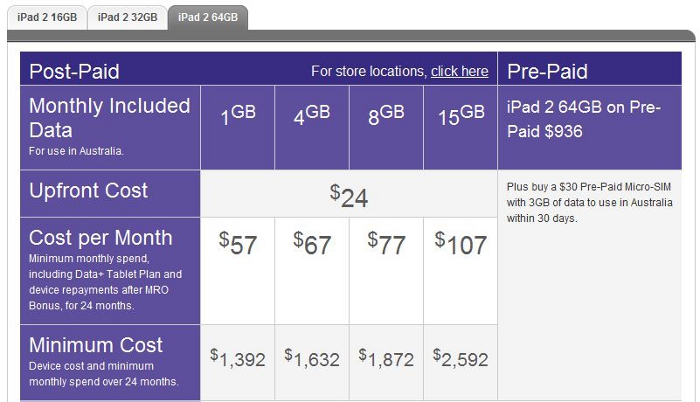