Read our comprehensive iPad review and our iPad 2 preview.

The new iPad 2 is faster, thinner and lighter than its predecessor, and it is powered by an Apple-designed dual-core processor called the A5. Apple claims the processor doubles the speed of the iPad 2 and makes graphics processing up to nine times faster. The iPad 2 is 33 per cent thinner, weighs 613g, and will come in both black and white models.

The Apple iPad 2 also includes two cameras; one facing the front of the tablet, the other rear-facing. The rear camera records 720p HD video, and takes still photographs. Both cameras can be used with Apple's FaceTime video chat application, which debuted on the iPhone 4

The iPad 2 will follow in the footsteps of the original iPad and become an immensely popular tablet when it hits the Australian market on March 25.

With this in mind, does Apple's iPad 2 deserve your hard-earned cash?

Why you should buy the iPad 2

Like the original iPad, the Apple iPad 2 has been designed for consuming media — watching videos, viewing photos, reading books and browsing the Internet. Its best described as a media consumption device, rather than a media creation device. If you're interested in typing up long documents or creating a 70-page PowerPoint slideshow, then the iPad 2 isn't for you. All in all, it's important to understand that the iPad 2 is not a netbook or notebook replacement — and it wasn't designed to be.

The iPad 2's many appealing features include an excellent design, an outstanding screen, access to the App Store, excellent battery life and impressive performance overall. On the whole, the iPad 2 is a very entertaining device, particularly when it comes to media consumption.

The Apple iPad 2 is faster, thinner and lighter than its predecessor.

Why you shouldn't buy the iPad 2

If you already own an original iPad, you don't need to rush out and buy the iPad 2. Sure, it is thinner, lighter and faster than its predecessor, but aside from dual-cameras, the original iPad will perform most of the functions the iPad 2 does.

How many models of the iPad 2 are there?

As it did with the original iPad, Apple is launching a total of six iPad 2 models — three with Wi-Fi and another three with Wi-Fi and 3G connectivity. The Wi-Fi+3G iPads use a micro-SIM card (a smaller version of a regular SIM card found in mobile phones) to access a telco's network, in much the same way a smartphone accesses the Internet. Both Wi-Fi and Wi-Fi+3G models of the iPad 2 will be available in 16GB, 32GB and 64GB versions. 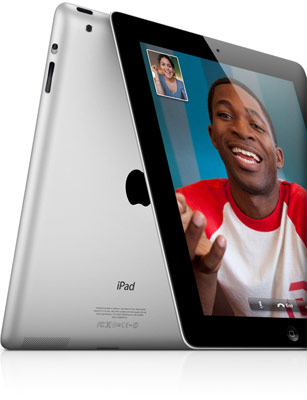 The iPad 2 also includes two cameras; one facing the front of the tablet, the other rear-facing. Both cameras can be used with Apple's FaceTime video chat application.