Red Dead Redemption: Undead Nightmare is the new DLC for Rockstar Game’s critically acclaimed Western opus. As its name implies, Undead Nightmare tosses a hoard of zombies into the mix, along with fresh weapons, challenges and enemies (actually, ‘fresh’ might not be the right choice of words...). Players once again take on the role of John Marston as he attempts to make sense of this damned and pestilent landscape. If you thought New Austin was a tough place already, prepare for a rude reawakening. 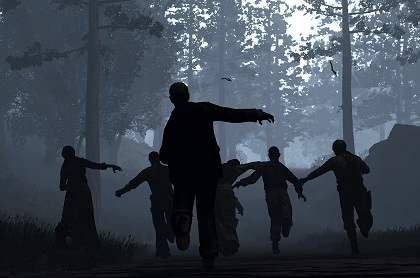 All is not right in the land of New Austin...

Earlier in the week, we shambled down to Rockstar’s Sydney offices to get our first taste of Undead Nightmare. Our brief encounter left us amused, creeped out and ravenously hungry for more. This isn’t merely a cowboy version of Call of Duty: Nazi Zombies. Rather, Rockstar has dissected and reassembled the entire game world, producing an experience that is almost as well realised as the original.

Our demo started with Marston riding through a rainy, windswept swampland. It's immediately obvious that something has gone awry. The land is completely deserted. The clouds seem darker and more oppressive than usual. The music is spooky and sinister. Oh yeah, and John’s horse is a rotting zombie-cum-skeleton. 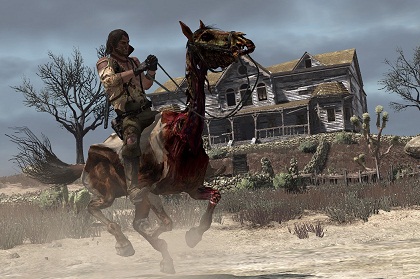 Er, you may need to feed your horse, John.

Your corpulent steed handles very queerly compared to other horses in the game. It reminded us of a badly damaged car in GTA IV, with your 'ride' constantly veering to the side. While this adds a dash of rigor-mortem authenticity to the game, we think it could get frustrating fast. (Thankfully, there are still a few healthy horses inhabiting the game world.)

The zombie horse is just one of many new animals in Undead Nightmare; many of which are zombified riffs on beasts we’ve seen before. However, Rockstar hasn’t just re-skinned — or de-skinned — the same old enemies. Instead, they’re tougher, grislier and far more ferocious than their living counterparts. At one point in the demo we were relentlessly pursued by a pack of undead wolves that eventually dragged us down and tore us to pieces. Pro tip: venturing into the untamed, undead wild is a definite no-no! 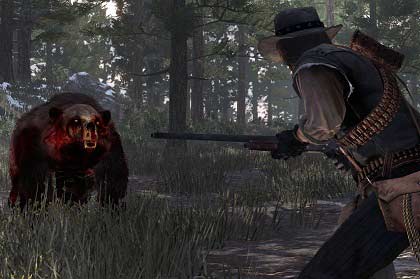 The first cut-scene we witnessed saw Marston crossing paths with a shady acquaintance; the Gollum-esque Seth Briars. If you recall from the first game, Seth is unnaturally fond of dead folk — to the point of obsession. The zombie outbreak has naturally raised the suspicion of the townsfolk, who think Seth may somehow be mixed up in it. (To be fair, we’d probably blame the guy who shacks up with corpses too.)

When Marston comes across Seth, he is playing a game of cards with his old partner-in-crime Moses. Or what used to be Moses. Times have not been kind to Moses, who has shuffled off this mortal coil... only to keep on shuffling. The subsequent exchange between John, Seth and Undead-Moses is hilarious and creepy in equal measure. (It culminates with Seth imploring Moses to attack John like a guard dog: Moses merely grunts.) 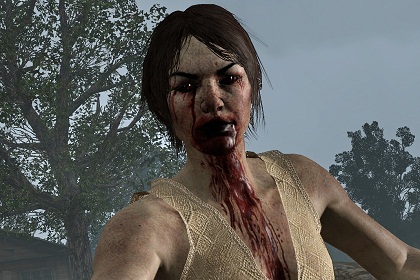 Rockstar Games is keeping typically tight-lipped about the game's plot, but there seems to be a Biblical theme permeating through proceedings. At one point during the demo, we came across one of the Four Horses of the Apocalypse, which we promptly lassoed and mounted (or tried too anyway — our horse galloped off a cliff in the excitement). If this supernatural encounter is anything to go by, Marston may find himself pitted against Old Nick himself. Jeepers. 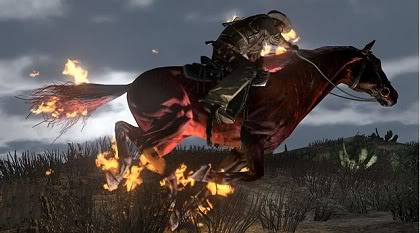 War, one of the four horses of the Apocalypse