In the past Lionhead Studio's CEO, Peter Molyneux, has sometimes hyped up features in games that don't make it into the final release. This was the case with the first Fable, leading Molyneux to publicly apologise to people who were disappointed with some of the omissions.

Molyneux is again the lead designer in the Fable franchise, but Fable 3 is showing every indication of being genuinely worthy of excitement.

Set during an Industrial Revolution, players return to Albion to find a land dominated by machinery and ravaged in the name of progress.

One of the significant changes to the game is the new inventory and ‘levelling up’ system which deviates significantly from the first two games. Fable 3 also introduces an advanced level of interaction with characters in the world of Albion.

But best of all, the outrageous humour that Fable is known for remains wholly intact; farts 'n' all.

I sat down to have a chat with Fable 3 producer, Louise Murray, to find out more about the new features in the game, and why touching other people is a great form of interaction. 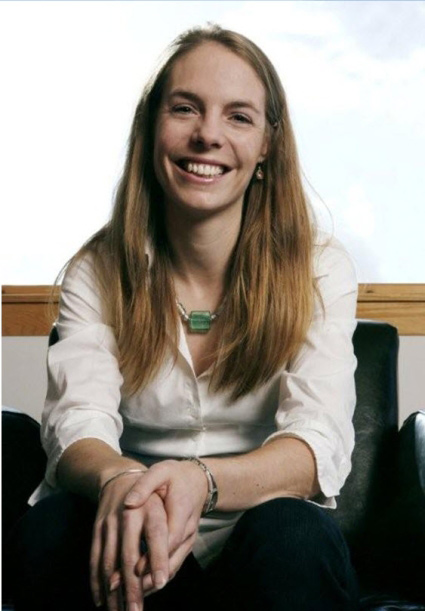 Why should Fable fans be excited about the new game? What changes have you implemented in Fable 3?

Fable 3 is first and foremost a story game. It’s all about the drama and you’ve got the fantastic cast. Not only do we have John Cleese, we’ve got Simon Pegg, Bernard Hill, Stephen Fry, Jonathan Ross and Michael Fassbender.

You know, we’ve got an amazing high quality cast; the whole point of that being that we have great quality accents and a greater quality story.

We’ve got our fantastic story and we’re really trying to move from the RPG to the action adventure game, but without losing our RPG fans.

Halfway through the game you become the king or queen.

We are being quite tight lipped on what the mechanics are once you become a king or queen — it’s all story spoilers basically.

So one of the cool things about playing an RPG is levelling up your hero and feeling more powerful and collecting things and we love that. What we don’t love is all the 2D menus and filling your stat bars out and so on.

So we have developed this place called the Sanctuary which is a living place you can visit at any time during the game and it’s really the path to your throne. It’s represented in an ethereal path with lots of gates on it and the best way to describe it for a gamer is that each gate is a level.

Each portion of the path is levelled up and you can see where you are going from the very beginning. You can see the castle up in front of you and you know what your target is.

But then on the path, there are all these chests and that’s when fable starts getting interesting, so no longer are you kind of buying your XP, then going and buying something else and hoping that’s going to level up — a very complicated system — it’s all laid out to you really clearly.

All the chests on the right are all your combat chests; so there are spells, there are ranged weapons, there are melee weapons — all of them can be levelled up. So if you just want to become a really great warrior, buy all the stuff on the right.

All the stuff on the left is all your kind of sim-style stuff. 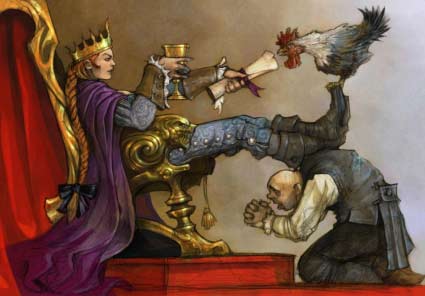 Why did you guys decide on separating the simulation and combat type experiences in the Sanctuary?

We have this theory that a lot people who played Fable 2 kind of tore through the middle of it, got the story, thought “Oh that was a bit short” and put it away again.

In fact, it’s not short at all. There is a whole simulation side to it that has all the house buying, all the marriage stuff, all the managing relationships, the expressions, jobs and all those things.

They’re all there, so what we have done is put them in chests along the left of the screen. You really create the game you want to play.

If you just want to tear through the game and be the combat guy and not do any of the sim stuff, you can just ignore all the sim chests. But if you want to do both, you can open every single chest. We never lock you out of it and you can always go back and open them at a later time.

So the point of the Sanctuary is to the players more engaged in the game?

Totally. We want it to be engaging; we never want you to leave the world. We don’t want you to break that fiction.

The 2D system we had in Fable II was really obtuse. Because of that we thought, "Okay, how are we really going to make this different?" You spent a lot of time in your inventories in these types of RPGs, so we wanted it to be a proper part of the game.

We just feel that if we go to a list, then immediately you are no longer in the world. You know, we spend all this time crafting a 3D world and then we take you somewhere else. We’re hoping this time that we really kind of hold you in the world, and it’s really about you and your character, rather than a list.