The AppUp store has been in beta since last year and by launch time today had 450,000 users and 23,000 developers. However, the store will not be truly global until at least late next year and Australia is not currently supported. Australian users who wish to purchase apps will not be able to if they have entered Australia as their location, but they will be able to download free applications.

The AppUp store heralds the creation of an ecosystem that will support not just netbooks, but a plethora of Atom-based devices such as smartphones and tablets. Applications downloaded from the store will work on any computer that uses the Intel Architecture as well as the Windows 7 or MeeGo operating systems. While you'll be able to run applications from AppUp on a Core i7 notebook, the applications will be optimised for Intel Atom devices.

Application development for the AppUp store has proceeded at a swift pace according to Intel. One of the first games for the store -- a football game called Goals -- was developed and submitted in the space of a week. 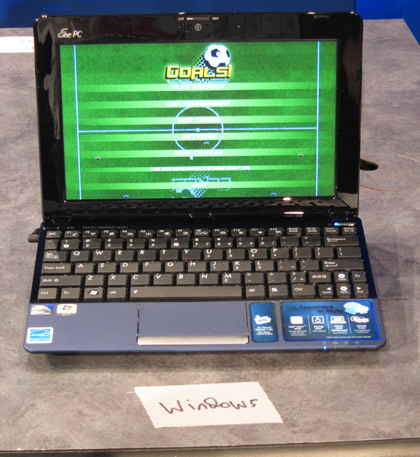 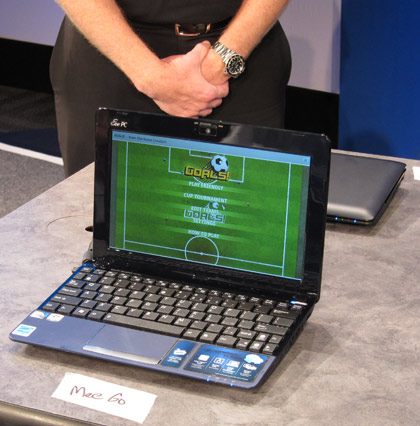 In terms of content, the store features a plethora of games, utilities, entertainment and productivity apps and Intel has also announced that Barnes & Noble will be selling books through the storefront. In order to purchase and download applications, users must first download and install the AppUp utility.

At the Intel Developer Forum in San Francisco, Intel also stated that it is working with Sega to port classic Megadrive games to the Atom platform and have them for sale in the AppUp storefront. Havok, an Irish company which was acquired by Intel in 2007, also said that it has created an Atom-optimised physics SDK platform, which will be available for free to developers who wish to create games for the AppUp store.