This year, Sony and Microsoft are set to release two new control schemes for the PlayStation 3 and Xbox 360 — the PlayStation Move and Kinect for Xbox 360, respectively.

Unlike traditional gamepads, Move and Kinect employ motion-based sensors to control the action on screen. However, they both go about it in very different ways.

In addition to competing against each other, Move and Kinect must face Nintendo's phenomenally successful Wii console, which also uses motion controls. (Last year, Nintendo released a precision-enhancing attachment dubbed the Wii MotionPlus.) In other words, there will soon be three motion-based controllers to choose from.

In the following article, we take a look at each motion-control interface in turn and run through their specific strengths and weaknesses.

The Nintendo Wii was the console that started the motion-control revolution. (Fittingly, it was actually codenamed 'Revolution', before Nintendo made a last-minute name swap.) With a four year head-start on the competition, the Wii is the safest bet for cautious shoppers. However, it is also the least technically impressive of the three control schemes.

The Nintendo Wii dictates in-game motion via a sensor bar that communicates wirelessly with up to four Wii Remotes. Players swing the remote around to replicate movements onscreen in games such as Wii Sports.

Wii controllers are designed to be perfectly usable whether you're left or right-handed. For games, the Wii Remote has a plus pad (D-pad), a large 'A' button, an underside 'B' trigger, and buttons labelled '1' and '2'. 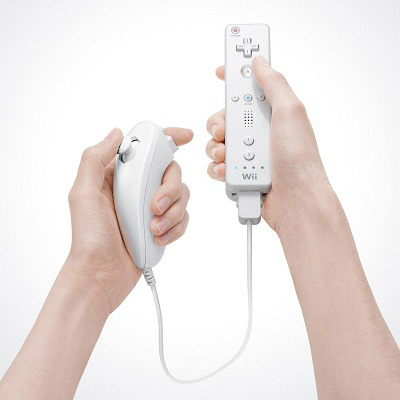 The front of the remote has other buttons as well: namely, power up, minus and plus (for escaping game menus, and the like) and a home button (for switching back to the Wii Menu and checking controller battery life).

The Wii Remote also contains a control for adjusting force feedback, a built-in speaker, a wrist strap (in case the remote flies out of your hand), and four blue LED lights that indicate which player/controller number you've been assigned.

An expansion port on the remote lets you connect the Nunchuk and other optional controllers. The supplied Nunchuk controller is used in conjunction with the Wii Remote and provides an analog thumb stick, and two front trigger buttons labeled 'C' and 'Z'.

The Wii Remote works for games within a distance of about 10 metres and can function as a cursor-pointer within about five metres.

The Wii MotionPlus is an extra peripheral that connects to the end of your Wii remote. It improves precision in gaming and allows the Wii console to recognise a more complex array of movements.

According to Nintendo, Wii MotionPlus "more quickly and accurately reflects motions in a 3-D space... Every slight movement players make with their wrist or arm is rendered identically in real time on the screen, providing a true 1:1 response in their game play." 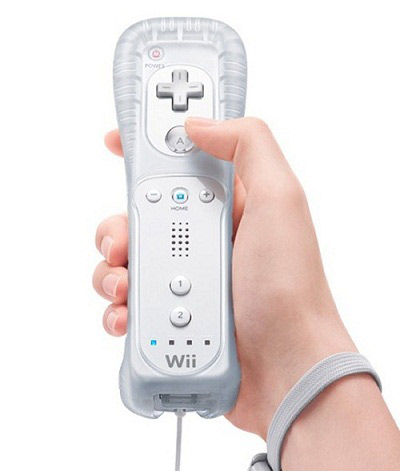 New Wii consoles come bundled with MotionPlus, but owners of older Wiis will need to purchase the device separately (RRP: $34.95).

Unfortunately, MotionPlus is not backwards compatible with older Wii games. (That's bad news for anyone who'd been planning to revisit old favourites like Metroid Prime 3 or Super Mario Galaxy.) Instead, it only works with new games that have been custom-tailored to support the attachment.

The added layer of precision that MotionPlus gives you is especially noticeable in games like Wii Sports Resort with its medley of frisbee, jet ski, and kendo sims.

As the best-selling console of this generation, the Wii has a huge library of motion-based games to choose from. Some standout titles include Wii Sports Resort, House of the Dead: Overkill, Mario Kart Wii, Trauma Center Second Opinion and Wario Ware: Smooth Moves — all of which utilise the Wii Remote in fun and interesting ways. 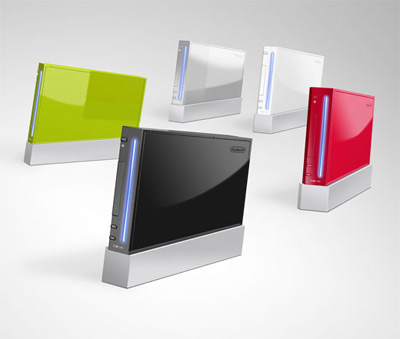 The Wii is famous for being 'kid friendly' — with the exception of House of the Dead: Overkill, all of the above games are rated PG or under. This makes the Wii a good choice for families with young children.

Originally appearing in 2006, the Nintendo Wii is obviously a bit primitive compared to the Kinect and Move. It simply cannot offer the same breadth of physical responses as its fresh-faced rivals, particularly the PlayStation Move. This limits the scope of what Wii games can achieve, with less subtlety and finesse involved. The console is also heavily reliant on motion controls, whereas Sony and Microsoft offer it as an optional extra.

On the plus side, the Nintendo Wii is already a proven success and it has a huge catalogue of motion-based games to choose from. By contrast, the Kinect and PlayStation Move could easily turn out to be commercial failures, no matter how advanced their control schemes are. The release of the Wii MotionPlus has also helped to even out the playing field a little.

The Wii is available now.

The Wii Remote is beginning to show its age, especially when compared to its shiny new competitors. However, it is currently the only sure-fire winner out of the three control schemes (i.e. there's no chance of it bombing). There are hundreds of games to choose from, many of which are suitable for all ages. If you're buying from scratch, it is also the cheapest option. 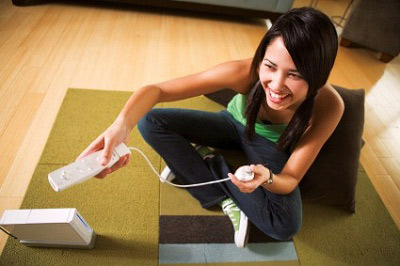 It's too early to tell whether Sony and Microsoft can repeat Nintendo's success, but either way, the Wii isn't going anywhere.