British Petroleum admits it doctored an image posted on its Website of its Houston, Texas crisis room, and has replaced that image with the original version. The photo in question shows workers sitting in front of television screens, presumably watching cleanup efforts after the companies catastrophic oil spill. Three of the television screens depicted in the photo have had pictures of underwater cleanup efforts superimposed over them using image editing software.

An enlarged version of the altered photo shows one of the images overlapping onto one of the worker's heads, and another hanging below where the television screen would have ended. It was a pretty bad Photoshop job - especially for a company that should be playing it very safe with its public image. Metadata for the photo in question also indicates that it was taken on March 6, 2001, according to John Aravosis from the AMERICAblog who originally spotted the issue

All the images seen here are from the Americablog Website that first reported the story. 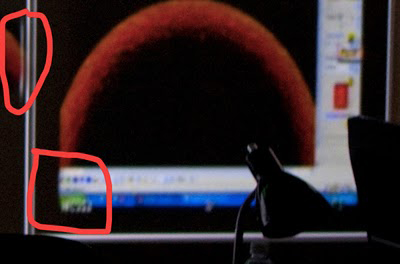 A spokesman for BP has claimed that the sloppily altered photo was the work of a BP photographer. In an e-mail to the Washington Post, BP spokesman Scott Dean said: "Normally we only use Photoshop for the typical purposes of color correction and cropping...In this case they copied and pasted three ROV screen images in the original photo over three screens that were not running video feeds at the time." He went on to say ""We've instructed our post-production team to refrain from doing this in the future." 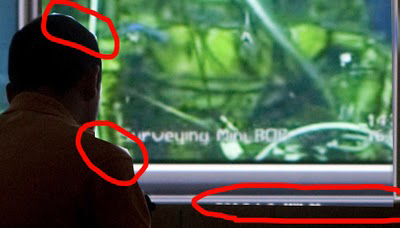 You would think that a company as large as BP wouldn't have to instruct anyone on its team to not blatantly doctor photos, that should be a given. Post oil spill BP has purchased a substantial amount of Google ads in an effort to preserve its image on the Web, it's interesting it would be so careless on its own website.

Aravosis isn't so sure about BP's response "Why were the screens in the crisis center blank in the middle of the crisis? Coffee break?...The BP spokesman claims that the photographer Photoshopped the changes. Really? A professional photographer hired by BP Photoshops so poorly that a 12 year old kid could do a better job." 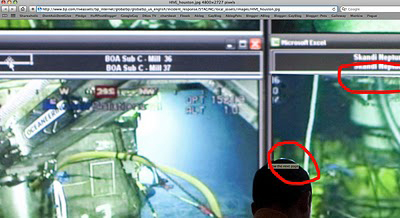 He has a point. A photographer working at a professional level should know how to properly alter a photograph, and should have had their camera set with the correct date and time, not a date more than nine years ago. If the picture was taken in July of this year, why were several of the screens blank and not focused on cleanup efforts? The photo is question is also apparently not the only one BP has superimposed images onto.

While admitting to altering the photo, BP has not addressed when the photo was actually taken. The new "unaltered" version of the photo is also not available as a high-resolution download, making it difficult for critics to take a closer look.