Digital radio is the next evolution of radio broadcasting in Australia. While AM and FM radio frequencies are familiar to us all, digital radio is still a very new concept. So what makes digital radio different? It uses a compression format called DAB+ that allows a digital radio device to receive audio that is very detailed and much clearer than the AM or FM station signals received on an analog radio.

Digital radio broadcasts take up much less 'space' on the radio spectrum than analog AM and FM radio – meaning there is room for twice the number of stations that are currently broadcasting on the AM and FM bands. Many of the commercial FM radio stations are also broadcasting on the digital service, with ABC AM and FM stations including Radio National and Triple J also available. To find out exactly which stations are available in your area, there are online services that can tell you, such as the Digital Radio Plus Web site. 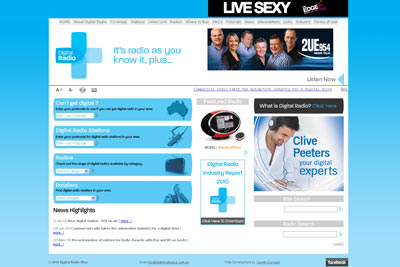 If your favourite local or community station is yet to switch over to the digital service, the good news is that some digital radios have analog FM radio tuners (and some even have AM radio support).

As seen with the new digital television services, digital radio also offers significant improvements over its analog counterpart in terms of sound clarity and quality. When you compare a digital radio signal to an FM signal, for example, you can easily hear the improved quality of both music and voices on a digital radio.

In addition to the improved audio quality, another reason to upgrade to digital radio is the ease of use when tuning in to a station. Tuning a digital radio is as simple as scrolling through a list of radio stations on-screen and selecting one – the radio will do the rest, connecting to the strongest signal. Because there's no analog tuning necessary, you'll always have crystal clear reception and no static or interference.

As well as better sound quality and clearer reception, digital radio boasts additional user-friendly features. These additional features vary on each model of radio on the market, so make sure the radio you buy has the features you need.

All the digital radios on the market have an LCD screen that displays information such as the station you're currently listening to, as well as the volume level, time and other text. One feature we like is the ability of radio stations to transmit text along with audio to your digital radio display – for example, when a song is being played the radio station can also transmit the song title and artist. Additional uses include the ability to transmit information about upcoming programs, breaking news or even weather reports. This feature is available on every digital radio.

Some digital radio models also have a 'review' feature, similar to a digital television recorder's 'time-shift'. It allows users to rewind and replay up to 15 minutes of digital radio broadcasts. This is a nifty feature if you've left the room and just missed the news bulletin or weather forecast.

Digital radios have the potential to evolve into far more than just a simple listening device, as more functionality is implemented into products such as the iRiver B30 MP3 player with intergrated digital radio. 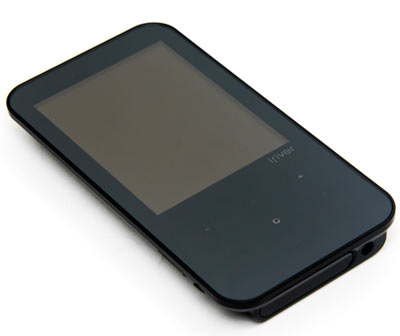 Digital radio is the future for radio broadcasting in Australia due to the improved audio quality and the potential to grow the number of radio stations available.