PiMP.tv is one of the gaming community’s biggest, best kept secrets. You won't see it appear on the news aggregator site N4G.com, and it rarely gets mentioned on video game forums either. And yet, despite its relative anonymity, PiMP.tv's 'daily dose' of girls, gadgets and gaming receives in excess of 200,000 visitors every week.

If you're wondering what makes PiMP.tv so popular — and why it hasn't received more mainstream recognition — the answer can be summed up in one word: boobs.

The entrepreneurs at PiMP.tv have taken male gamers' obsession with breasts and taken it to its natural conclusion. [Note: we use the word 'natural' very loosely here.] Eschewing the current trend for trendy gamer geeks, the show is presented by a bevy of unfeasibly busty models. If that’s not enough, they also wear bikinis — in every single episode.

In short, PiMP.tv is the Axe/Lynx deodorant of gaming news. Frankly, it's a wonder nobody thought of this combination before.

Last week, we caught up with two of PiMP.tv’s most popular presenters: Ashlee and Christina (AKA the blonde one and the one with the accent). If you’ve not seen the show, check out the clip below for a bite-sized primer:

Phwoar, eh? Er, anyway. Let's got on with the interview:

GoodGearGuide: So the question on everyone's lips is: do either of you actually play video games? Or are you just dab hands at reading an auto-prompter?

Ashlee: Yes, I play! I’ve got an older brother and I grew up competing against him in every possible game we could get our hands on. Instead of Barbies and normal girly stuff, I always asked for computer games for Christmas. Gaming is perfect for my competitiveness.

Christina: I can play the auto prompter and I can read the games well. Ummm! You’re kidding right? Of course I play — I play something nearly every day. I have a PS3 and a DS. 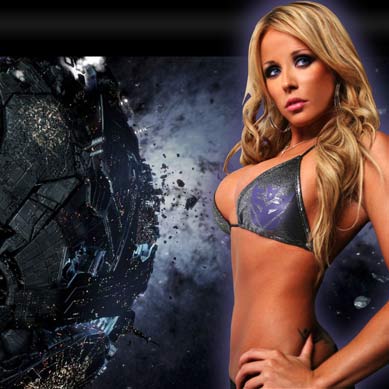 GoodGearGuide: What are some of your favourite titles?

Ashlee: I've always been into cars and racing games, so I've got a soft spot for arcade racers like Need for Speed and Burnout.

Christina: At the moment I'm playing Heavenly Sword, The Darkness and the Prince of Persia games.

GoodGearGuide: PS3, Xbox 360 or Wii? (Be warned, if you say Wii, we may have to revoke your hardcore gaming credentials.)

Ashlee: Huh? What do those numbers mean? Just kidding! PS3 for me.

Christina: PS3 all the way. 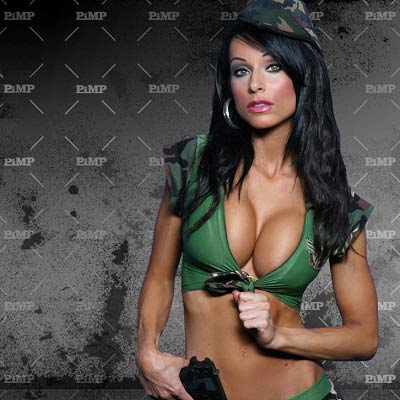 GoodGearGuide: Take us through a typical day in the PiMP studio.

Ashlee: Well, Pretty much as soon as we walk through the door, we strip down! Then we stroll around the studio half naked for a bit, raid the fridge — we all like to snoop through things. Nothing is safe in that studio! We all joke around a fair bit and are very easily distracted, so there's usually always something to laugh at. Hacking [PiMP editor] Luke Flesher's Facebook has become a daily routine for me.

We also like to test the boys' threshold for patience — between the gossip, jokes, laughing, burping, animal noises, bikini adjustments and lipgloss, we're lucky to get out of there the same day!

GoodGearGuide: How about a not-so-typical day?

Ashlee: The studio is fun but we love doing stuff outside of it as well. We've been given some great opportunities — sky diving, travelling, horseback riding, etc. And pulling Janna's bikini top off was pretty funny. Luke made us do three takes though...

GoodGearGuide: What's the best thing about the job?

Christina: Travelling and also meeting some awesome people along the way! E3 earlier this year was amazing. 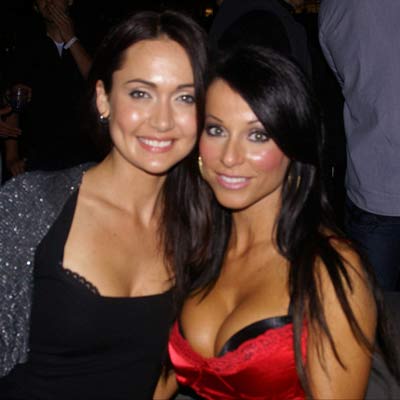 GoodGearGuide: And the worst?

Christina: Luke whingeing about my hairspray! He coughs like Derek Zoolander... "I've got the black lung cough, cough." Toughen up!

Ashlee: And we're still waiting for the freebies and endorsements to start rolling in...