Like most cinephiles, I've found that the quality of my HDTV, sound system, and Blu-ray player are constrained by my budget. If I have to choose between the best possible home theatre and my daughter’s college education, the home theatre loses.

But wouldn’t it be nice not to live under such constraints? I can dream, can’t I? So can you!

The high end of home theatre is very high indeed. Folks who can afford it might spend $200,000 or more on equipment, consultants, furniture, and remodeling. In this article I’ll explain what they get for all that money, and I'll tell you a bit about some of the products they buy.

I should note right off, however, that people acquiring a first-class home theatre don’t generally make their buying decisions based on reviews on these websites. They hire local consultants -- specialists who inspect their homes, consider their budgets, and recommend HDTVs, Blu-ray players, amplifiers, and speakers from companies that you may have never heard of.

Nothing says "movie theatre" -- as opposed to "television" -- like a projector in the back (or middle) of the room, throwing the image onto a screen in front. All you’d need is popcorn, and you could charge your friends admission.

Front-projection systems make more sense from a price perspective (even the rich don’t want to waste money) if you want a screen larger than about 60 inches. At really large sizes, a flat panel can’t compete, costwise. Bang & Olufsen’s 103i plasma set, for instance, sells for $148,755.

Of course, a real home theatre needs more than the portable projector you take on the road for PowerPoint presentations and then use to watch DVDs at home on the weekend. You need something that can reproduce colors accurately, doesn’t cause a rainbow effect, and throws enough light to fill your screen from the appropriate distance.

One brand name kept popping up as I interviewed home theatre consultants: Runco. 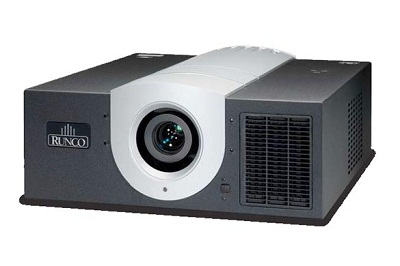 The Runco VX-2000d isn’t the company’s most expensive projector by a long shot -- but at USUS$17,000, it’s still a significant investment. For that amount you get an advanced single-chip DLP system (still not as good as a three-chip system) and a lamp that can light up a good home-size screen.

If you’re willing to pay an additional US$5000 (more or less, depending on the dealer), you can get the VX-2000d with the CineWide option. CineWide allows you to view CinemaScope (2.35:1 aspect ratio) films the way they were meant to be seen: on a wider screen rather than a letterboxed one.

If you don’t have room for a massive screen, or if you don’t want the complications of a rear projector, you should probably go with a plasma HDTV.

Why plasma? Such models generally display more-accurate colors and have better contrast than LCDs -- especially in expensive sets. And their wide viewing angles allow more friends to enjoy the show.

There are exceptions, though. Plasma screens reflect more ambient light than LCDs do, making them problematic for daytime viewing in rooms where you can’t completely block out the sunlight. In those cases many consultants will recommend LCDs.

Most plasma HDTVs are reasonably priced consumer items, but the best can cost more than US$30,000. What do you get for that price? A level of color accuracy that simply can’t be bought at consumer prices. 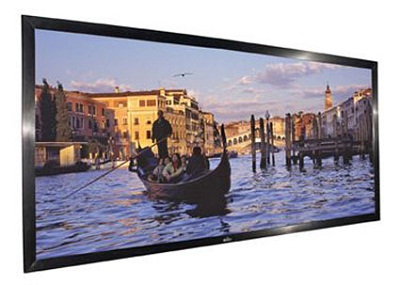 Once again, the consultants I spoke with showed a preference for Runco displays. When it comes to plasma, that company “makes the absolute best of the best,” says Alex Brinkman of Music Lovers. Runco’s highest-end plasma model, the XP-65DHD 3, has a 65-inch screen and sells for about USUS$18,000. As Jerry Del Colliano says in a HomeTheatreReview.com review: “If you are looking for the best, blackest, highest-contrast, longest-lasting and most feature-laden 65-inch plasma HDTV, then this uber-plasma is something worth paying for.”

You can spend thousands of dollars on a Blu-ray player. But even if you can afford it, is that a wise way to spend your money?

Image and audio quality can vary greatly from one player to another -- especially with DVDs, on which the player has more to do (players typically upscale DVDs to display them at HD resolution), but there are differences with Blu-ray discs, as well. And the more-expensive players generally output better pictures than the cheaper ones do.

The player can impact audio quality, too, especially if you’re using analog outputs or converting your soundtracks to PCM.

Yet the one company that kept popping up when I asked for expert advice was OPPO, and its most expensive player, the BDP-83SE, lists for only US$900. That’s a lot more than I would pay for a Blu-ray player, but compared with a US$22,000 projector or an US$18,000 plasma, it’s a bargain.

In fact, rumors on the Web suggest that one USUS$10,000 player is little more than a repackaged OPPO. I have not been able to confirm this. 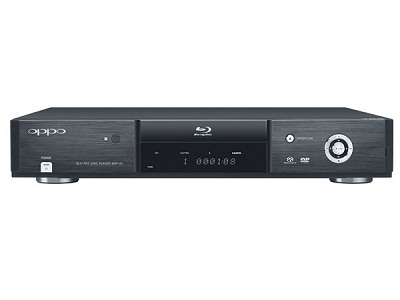 OPPO based the BDP-83SE on an earlier model, the BDP-83, which is still available for US$500. With its Anchor Bay VRS video decoding chip, bookmarking features, and support for multiple audio formats, the BDP-83 made quite a splash when it first appeared last year. In a High-Def Digest review, Joshua Zyber called it “the best standalone Blu-ray player I've yet used.”

What makes the 83SE special beyond the 83? Significantly improved audio decoding for analog output. According to John E. Johnson Jr.’s Secrets of Home Theatre and High Fidelity review, “analog audio performance is improved significantly, and in fact, performs like players costing much, much more.”

And yet, if you don’t intend to use your Blu-ray player’s analog audio output, you can save US$400 and get the same quality with the BDP-83.

Even in high-end equipment, you occasionally get a bargain.

Next: Preamp and Amplifier, Speakers, and Room Acoustics