When the phone rings in my house, there's a 50/50 chance it's a call for help--tech help. Maybe it's my sister trying to figure out why her wireless mouse no longer works. Maybe it's Dad wanting to know why virus warnings keep popping up on his desktop. (Uh, oh.) Or it could be Aunt Judy looking for the file attachment she knows she saved--but doesn't know where.

Sound familiar? The curse of being even a little tech-savvy is that you automatically get elected Tech Support for friends, family members, and maybe even your coworkers.

It can be a heavy burden to bear, as the interruptions always seem to come right when you're watching the final episodes of Lost or smack in the middle of an Xbox smackdown. I mean, working. They always come when you're working.

Still, these are people you care about (or at least, tolerate), and surely it's a compliment that they look to you as the brains of the outfit. So wear your Computer Repairman badge with honor, and follow these tips to deal with common problems as quickly and painlessly as possible.

Patience Is a Virtue 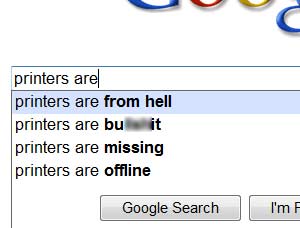 More often than not, the person you're dealing with will be frustrated, exasperated, and possibly downright angry. (Just like you are when your printer won't print.)

The key here is to be as understanding as possible. Start by assuring the person that whatever happened isn't his or her fault, that these kinds of things happen all the time, to everybody, and that the problem, whatever it is, is just par for the computing course.

In other words, be patient. Let him vent. Give her a shoulder to cry on. Then get down to business. They'll feel better, and you'll be able to work without so much yelling and/or sobbing over your shoulder.

When it comes to troubleshooting other people's PCs, think like a physician: "First, do no harm." Before you start deleting drivers, installing utilities, or replacing power supplies, ask yourself if this is a problem you really know how to solve. It's great to be the hero, but the last thing you want to do is make things worse. Know your limits, and know when it's time to call in professional help.

Tech remedies that seem elementary and obvious to you might be totally foreign to your "clients," so before you roll up your sleeves too far, start with some everyday troubleshooting maneuvers.

For example, I can't tell you how many times I've gotten this panicky call: "I was typing along in Word and all of a sudden my entire document disappeared!" Crazy, right?

Not really: This is often the result of accidental selection of all the document's text, either from pressing Ctrl-A (the Select All command) or an errant brush of a laptop's touchpad, followed by additional typing. 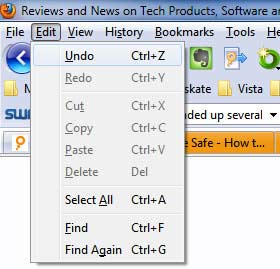 Consider this a teachable moment: "Ctrl-Z is your friend." That's the Undo command in just about every modern application, from Adobe Photoshop to Microsoft Word, and it reverses your most recent action.

In fact, many programs support multiple levels of Undo, meaning your first press of Ctrl-Z reverses the last action, the next press reverses the one before that, and so on. It's like going back in time step-by-step.

Suppose the problem is a sluggish or unavailable Internet connection. Computer neophytes love to blame the situation on viruses, but if you see no other evidence to support that, start with the obvious: resetting the modem and/or router. In my experience, that simple step solves the problem more often than not.

And speaking of resets, don't forget one of the best problem-solvers of all: rebooting the PC. When a program won't run, a printer won't print, or some other mysterious glitch appears out of nowhere, a reboot will frequently do the trick. Not always, but it's definitely worth a try. Same goes for the phone, iPod, printer, GPS, and other gadgets.