Arcam today announced a new music system in its high-end audio visual range: the Solo neo. In addition to an internal CD player and radio tuner, the Arcam Solo neo boasts network audio capabilities which allow it to play stored music in a variety of formats.

The on-board network music player can deliver music stored on local network devices such as personal computers or NAS drives. This allows access to the thousands of Internet Radio stations available when its local network is connected to the Internet. (A DAB+/ FM tuner is also included on the device.)

In addition, an included USB port and duplex RS232 connector allows music playback via USB flash drives or Apple iPods (there is also a slot for an optional irDock).

The Solo neo is equipped with internal 50wpc amplifiers which but are capable of driving plus-sized speakers in larger rooms. The solo neo replaces the current solo music system and will be available from second quarter 2010. Stay tuned for a full review.

The Arcam Solo neo will be available from mid May, with an RRP of $2498.

Here are the Arcam Solo neo specifications in full: 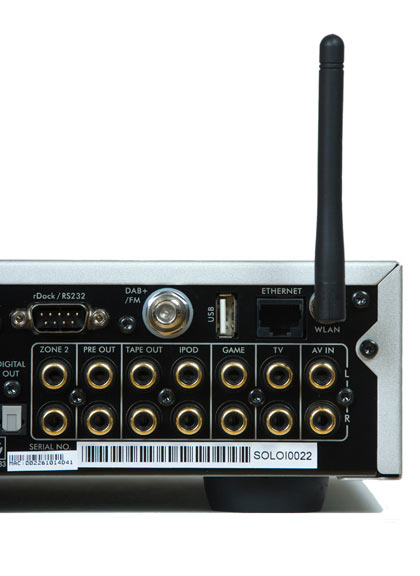