Fan-made films based on popular video games have become an interesting phenomena over the years. Just what drives these people to shed their blood, sweat and tears on something they can’t possibly hope to profit from?

Some are gamers who get tired of waiting for the big studios to take notice of their favourite characters (still no Zelda movie? Really, Hollywood?) Others are indie-filmmakers who set out to right the wrongs perpetrated by professional hacks (Uwe Boll, we’re looking at you). And of course, some are just YouTube junkies with far too much time on their hands.

Whatever their motive, it’s usually a thankless undertaking: beset by financial hardship, legal issues and an army of online nitpickers. As one reader on Gamepro put it: “Most people who watch a fan-made film assume that children are behind it, or simply do not take it seriously. It’s a problem indie filmmakers have been facing for years.”

As if that’s not bad enough, there’s also a good chance that the game’s publisher will ban your creation forever, as the makers of Zelda: The Hero of Time learned to their chagrin (see next page).

And yet, despite the legal risks involved, people continue to badger away at these cinematic tributes to games. Sometimes it takes them years to complete.

Just what is the point of it all?

Well, as a fan of Modern Warfare: Frozen Crossing noted: “Great films do not need big budgets, popular stars, eye popping special effects, and a 3,000 theatre release. All you need is exactly what you saw in this video. Passion.” We couldn’t have put it better ourselves. It’s passion that drives these projects. Passion, and a deep-seated love of video games.

In the following article, we take a look at some the best fan-made movies and trailers that have hit the Web. Some are better than others, but almost all of them are fuelled by the above ingredient. Read on to be inspired (remember — all you need to realise your dreams is a cheap camcorder and some mates! Oh yeah, and talent.) 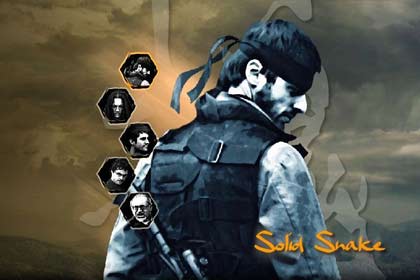 This film, based on Konami’s popular Metal Gear Solid franchise, was released in September 2009 and took around three years to make. The film’s creative team, collectively known as Hive Division, faced financial, copyright and logistical issues from the very beginning. Consequently, the makers are unsure if they’ll produce the two sequels they wrote in 2006.

“We do not really know when we’re going to produce the two sequels of Philanthropy," admitted the film's producer. "This will depend on many factors: the reaction of our public, the professional future of Hive Division and, for sure, Konami’s reaction to the project.”

Much like the game series, the film contains reams of Cold War dialogue that seems to go on forever and ever and ever. Unlike the game, you can’t skip it to get to the action. Tch. On the plus side, the guy playing Solid Snake is excellent. 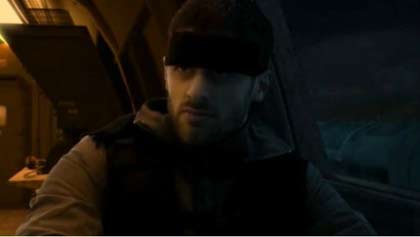 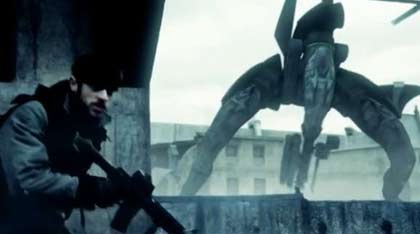 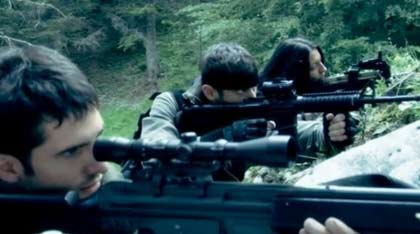 The 70-minute film is available to stream or download here:

Or you can check out the first ten minutes below: 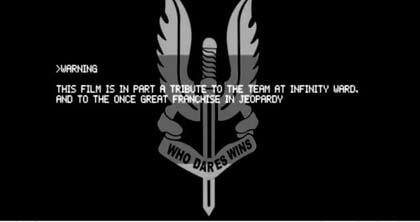 One of our favourites, this film was made for a paltry US$210. Directed by Niko Pueringer and Sam Gorski, this unofficial tribute to Modern Warfare was produced by special effects studio Corridor Digital. The seven minute film features beautiful cinematography, tautly cut sniper scenes, point-blank executions and some realistic blood splatter. Many of the effects rival some low-budget Hollywood productions. One thing’s for sure: Corridor Digital certainly knows how to stretch a budget! 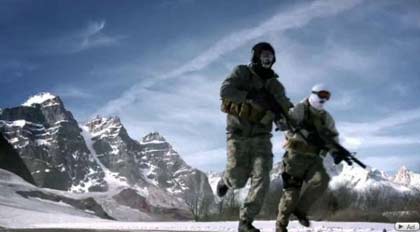 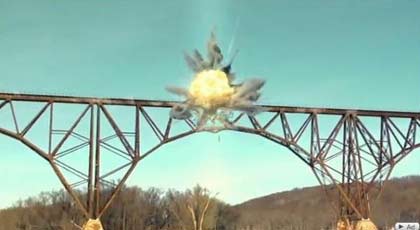 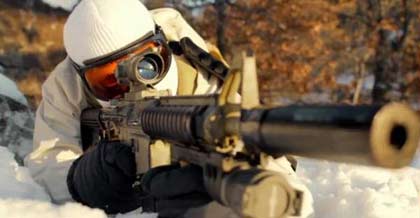 To watch Modern Warfare: Frozen Crossing, click on the video below:

8. Tomb Raider: Tears of the Dragon 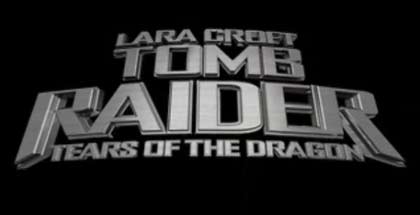 Far from the Hollywood blockbuster featuring Angelina Jolie, this version premiered in February 2006 to widespread acclaim. It was filmed mostly in Southern California and the Bay area, including Los Angeles, Altadena, Blythe, Beverly Hills, Westwood, San Francisco and Oakland. The 35-minute film has a storyline that does not relate to the two Tomb Raider movies and even has an original soundtrack. The Sun newspaper in the UK described it as "#1 Pick of the best fan films" (although this could have something to do with the accompanying saucy photos of the lead actress). 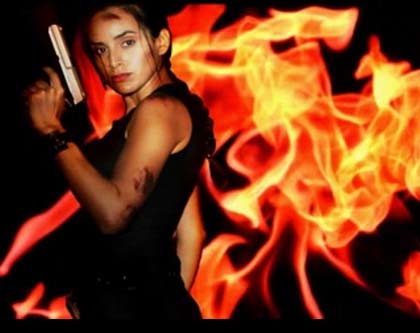 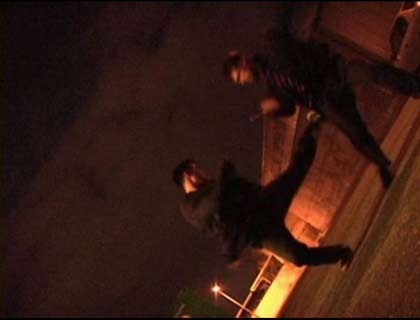 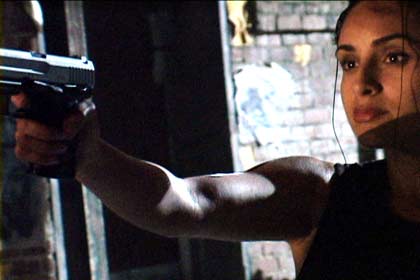 You can check out Tomb Raider: Tears of the Dragon here.