We take a look at one of the least glamorous, but absolutely integral, jobs in the world of sports video game development. Meet the 'roster men,' the folks who process and maintain an immense amount of sports data and statistics to ensure the abilities of athletes in games like Madden and FIFA are just right. 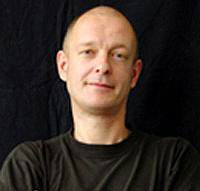 Every year gamers are bombarded by marketing campaigns that boast about the next exciting mode or big gameplay mechanic, creating hype and hopefully translating it into revenue. All the while, the men who manage the game databases are diligently researching, studying, and changing every player's attributes, because they know that without their efforts there is no game. These are the men with perhaps the most underappreciated job in the world of sports gaming. These are the "roster men."

"There's a lot of hardwork for my team and there's little glamor," says Michael Mueller-Moehring, the associate producer who heads FIFA's database team, which is charged with maintaining everything from attributes to character models and team formations. "We're an integral part of the development though, without our data, the game wouldn't really work."

When Mueller-Moehring isn't watching a match or arguing with his international team of soccer gurus over what a player's passing rating should be, he's staring into an excel spreadsheet, updating the data that drives how players perform in the world's most popular sports video game -- something that is quite common, no matter which game you work on or what company you work for.

"The job is all about living in excel spreadsheets and surfing the Internet a lot," says NCAA Football's designer Ben Haumiller, who got his start at EA Tiburon like most, as a tester. Among many things, Haumiller oversees one person who is tasked with only updating the rosters, but says it's still a team effort. Like other EA Sports titles, multiple opinions are necessary to balance the game and make sure no one player or team is favored more than they should be.

Roster men don't just throw darts at a board to determine overall player ratings, they read and listen to what all the expert analysts are saying, and they examine what the players have done in the past and compare that to what they are currently doing. They also sometimes rely on outside scouting agencies to provide statistics and metric data that can be used to micro-analyze how well a player is performing.

"We're taking advantage of any and all data that's out there via the Internet, via scouting reports, or via our deal with the NFL," says Madden Ratings Czar Donny Moore (it literally says that on his business card). "We like to call ourselves the 33rd NFL franchise because we get game tape from the NFL literally on a weekly basis, and it's not a CBS presentation. It's actually the film the coaches use in the film room."

But objective data can't define a subjective quality like awareness, so roster men are forced to use their gut instincts to determine these player qualities.

"Pure stats don't tell the full story," says Mueller-Moehring. Unlike most other Triple A sports games, the FIFA team doesn't rely on third-party companies that analyze the sport on statistics alone. "Those companies can tell us how many passes, headers or shots on goal a player has, but it doesn't tell you anything about the quality of a player's pass, or header or shot on goal. We generate subjective data that can't be found anywhere else online. Had it been out there, EA Sports would have probably considered just purchasing it."

"I try to keep it as objective as possible," says Matt Underwood, a ten-year veteran of Visual Concepts, the developer behind the 2K Sports franchises. "Anything I can do based off stats, I try to do that first, then we'll tweak it based on common perceptions of players." 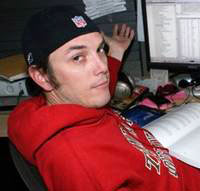 When asked how he deals with fans who are angry about their favorite player being underrated, Underwood answers "I figure I'm probably the most hated man in the industry."

Moore said he's even gotten calls from the players themselves. Jacksonville Jaguars running back Maurice Jones Drew was unhappy being rated 95 overall, and Seattle Seahawks wide receiver T.J. Houshmandzadeh publicly complained that his speed rating in Madden 10 was too low, so he boycotted the game.

"Everyone is in the same boat. Everyone thinks their own players should be better," says Moore. "You never hear anybody say 'you've made these five guys on my team too high, you've got to lower them!'"

It's just another day in the life of these unsung heroes of sports video game development, the roster men. Their hard work is something that you'll never hear about in television commercials, but will appreciate every time you boot up games like Madden or FIFA, whether you realize it or not.