Facebook video game designers, including the creator of Civilization series Sid Meier, talk about the jump from developing traditional games to making games for what's become the biggest platform in the world.

Imagine Facebook's Gareth Davis sitting in Kublai Kahn's pleasure dome rather than an office building in San Francisco. Davis, with an Anglophile's dream of a British accent (think Doctor Who's David Tennant, except Davis's accent is real), is putting Facebook in context. 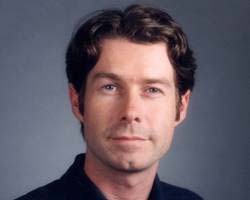 "Facebook has become the crucible of the new game industry," Davis says without an ounce of hubris or arrogance. "And we're just at the beginning of this new form of game design." He could go on like this for quite some time, I realize. Of course, as the program manager for games at Facebook, it's his job to do so.

"We're the biggest game platform in the world now." He's right -- no matter how you tally the numbers. More than 350 million people use Facebook every month. More than 100 million of those users play games.

"More people play games on Facebook, every single day, than on any other platform in the world."

Of course, he can't really know that. Sony would point out that they've sold nearly 140 million PlayStation 2 consoles. But I give him this one. Gaming is one of the fundamental drivers of Facebook's staggering rise to power. San Francisco-based developer Zynga Game Network claims projected revenues of US$300 million a year, and this comes almost entirely from microtransactions in Facebook games. Electronic Arts recently acquired Playfish, another significant player in Facebook gaming, for $400 million. That's more than it would cost to buy triple-A developer THQ -- and half the value of Take Two Interactive.

But I don't even need to look at the numbers to understand the success of Facebook gaming. I can just look at my couch, where my non-gamer wife is adopting a festive reindeer in Zynga's flagship title, FarmVille. She acquired the reindeer from her non-gamer mother. She just finished half an hour of fertilizing crops as a favor to a posse of non-gamer friends. The new face of gaming, Davis explains, is really a return to the social experiences of playing cards and board games. "All games are social," Davis says. "Solo gaming is an aberration... due to the limitations of technology. What we're seeing now is a rebirth, not a birth. It's gaming getting back to its roots."

Where I was once proud to wear the nerd-badge of gamerdom, I'm not sure I even know what it looks like anymore. If these are the roots, have I spent the last 20 years in the branches? The countless hours I've played in MMOs or shooting zombies in Left 4 Dead have certainly seemed pretty social to me.

I admit I haven't taken the whole idea of Facebook games very seriously. FarmVille may have 70 million players, a number that dwarfs World of Warcraft's "mere" 11.5 million players, but those WOW players pay more than a hundred dollars a year to play the game. How much are all of those FarmVille players paying? 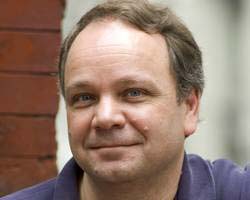 Not much -- they're shelling out a dollar here, and a dollar there to fuel their virtual tractors or buy bigger plots of land. But "not much" multiplied by tens of millions of players across dozens of games adds up to piles of money -- and these piles have grabbed the attention of some of the most successful hardcore game designers in the business. Zynga's Brian Reynolds was one of the first to emigrate from major game-studio development to Facebook gaming, leaving Big Huge Games and his legacy (Rise of Nations, Alpha Centauri, Civilization II) behind last June.

Oddly enough, a number of strategy-game designers -- a genre that ranks among the most hardcore of gaming experiences -- are powering the rise of Facebook gaming.

"For better or worse, the market for hardcore strategy seems to have gone away," Reynolds says. It's a depressing prospect, but it's one borne out by dwindling sales numbers. Hardcore strategy games have been absent from the top 10 lists at retailers for years. So Reynolds looked for where the action was, and he found it. "It's a real business when you can get 10 percent of the country to play your game... that's an exciting place to be. So that's where I am."

The "where" in this case is a new Maryland studio built around Reynolds -- Zynga East -- staffed entirely by triple-A development veterans. They haven't officially discussed their projects yet, much less released a game. But they have been learning the ropes by helping iterate Zynga's ever-evolving stable of games. "It's definitely a different world, but a lot of the same, basic game-design principles apply," Reynolds says. "At their worst, Facebook games can be pretty light. But at their best, they create this whole new level of interesting social interactions." He's quick to point out that Zynga's not building a new Rise of Nations for the Facebook generation. "I don't think Facebook games are ever going to become traditional hardcore strategy games. Not the ones that are driving this new market." 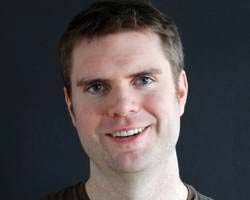 Soren Johnson isn't so sure. A fellow Civilization alum, Johnson left Firaxis after completing Civilization IV as lead designer, arguably the best version of that long-standing franchise. He went on to work with Will Wright on Spore before starting on a set of browser-based strategy games, still under the EA umbrella, likely to end up on Facebook. "The social games that are getting attention right now aren't necessarily getting attention because they're good games or bad games," Johnson says. "They're getting attention because these are the types of games that are, so far, the easiest to monetize."