Recently, there’s been a lot of press about SEGA and EA’s disappointment with the sales of 'adult' Wii games, such as Mad World and Dead Space: Extraction. While games like Wii Sports Resort seem to sell by the truckload, many 'mature-themed' titles struggle to break even.

Unfortunately this has lead to various games journalists and their readers making a very dubious leap of logic. In short, they're claiming that Nintendo is just for kids. According to certain elements of the gaming community, the poor sales of the above games is proof positive that Nintendo isn't supporting the adult game market and is ignoring hardcore gamers that invest in a Wii.

They couldn’t be more wrong on either count. Nintendo has, in fact, done a remarkably good job at appealing to <i>everyone</i>; both young and old. That’s why it is outselling the PS3 and Xbox 360 – and there is more to that success than casual gaming.

What many people fail to notice is that the hardcore and mature elements behind many (if not most) of Nintendo’s games hides behind a very lightweight and casual frame. Yes, while it’s a fair estimate to say there’s little in the way of blood, gore, swearing and sex, there’s also more to adult entertainment than the aforementioned elements - at least for well-adjusted adults, that is. 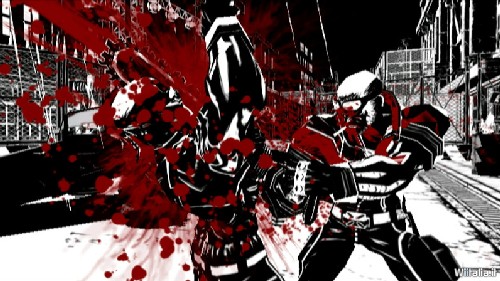 Blood-soaked games like Mad World have traditionally failed to sell big numbers on the Wii.

Most normal adults are capable of enjoying a Pixar or Studio Ghilbi film. Indeed, the beauty of many of these films is that while kids can enjoy them, there’s adult undertones within them to entice the parents to shell out for the movie ticket or DVD - just try and watch Alice and Wonderland and tell me it isn’t one long, extended drug metaphor. Similarly, Harry Potter and Twilight - love them or loathe them - attract adults from all walks of life to their fantasy universes.

The same can be said about many Nintendo games. Behind those cute Marios and Yoshis and the colourful worlds they inhabit lies control schemes and level designs that are just begging for an adult to give them a whirl. Games like the Fire Emblem or Professor Layton series contain plots that are both accessible and mature, and gameplay that can seriously test the brain cells. All without one potty-mouthed cut scene.

Even when you look at Nintendo’s casual games in isolation, it’s really hard to claim they could possibly be aimed at anyone but adults. Wii Fit is clearly for older people. Younger people will either be playing sport already and don’t need it, or will never exercise, and a game won’t change that. But older people looking for a lifestyle change will buy and make extensive use of Wii Fit as an easy introduction to exercise.

The unfairly-maligned Wii Music is another great example. It’s hard to imagine that kind of interactive toy appealing to younger people in the slightest. It lacks the kind of direction and hand-holding that music games like Guitar Hero have. But, I see it sitting much more easily with older demographics, who would rather play around with instruments in the kind of laid-back freedom that doesn‘t involve high scores and headbanging. When you look at the track list in both games - Guitar Hero’s rock to Wii Music’s folk - it’s clear that Nintendo was not trying to capture the young imagination with this particular title.

The DS is equally rife with the kinds of toys or interactive experiences that are more geared towards adults than young people - the Brain Trainings, Crosswords and Book Collections are lifestyle products in the vein of Wii Fit, and all cover topics of more interest to adults than juveniles. Meanwhile, Clubhouse Games, with a line-up including Contract Bridge, Chess, and Koi Koi, is the kind of game compilation that will appeal more to those who remember what it was like to play games before pixels ever existed.

So that addresses the fallacy that the Wii and DS are not consoles for mature audiences. But taking a step back further, let's look at claims that Nintendo offers nothing for the hardcore.

There seems to be an expectation that to be a 'hardcore' gamer you need to be male, somewhere over 20 but under 30, and suppressing anti-social tendencies (and any number of other psychological deficiencies) with brutal, bloody FPS games. In reality, to be hardcore you simply need to live and breathe whatever it is you’re 'hardcore' about.

Rafael Nadal is a hardcore tennis player, that guy you know with every single episode of Star Trek on DVD and who travels interstate or overseas to go to conventions is a hardcore fan, and Uwe Boll is a hardcore videogames-to-film maker (although that last one is debatable. Generally hardcore people are good at what they're keen about.)

When you’re about to claim that Nintendo no longer produces hardcore games, think about Pokemon. Pokemon looks like a game squarely aimed at 5 year olds, and sure, they can play it, but my 500-page strategy guide tells a different story. It tells of the kinds of people who DO catch the entire Pokemon roster, it tells of the ultra-careful levelling a Pokemon to 99 that people go through to get the slight edge in battles. It tells the story that a hardcore Pokemon player (and there are plenty of them) would wipe the floor with someone with a casual interest in the game.

Nintendo’s game roster is filled with games like Pokemon - there’s Mario Kart (good luck beating one of the many, many players with insane scores online), there’s Super Smash Brothers Brawl, Fire Emblem (try playing it on hard mode for the really hardcore experience), and New Super Mario Brothers Wii. A week after that game was launched there were people on online forums boasting about a 100% completion - considering that right next to that were Mario newbies praising the help features the game has built in for guiding them through the tough bits - that’s pretty hardcore. 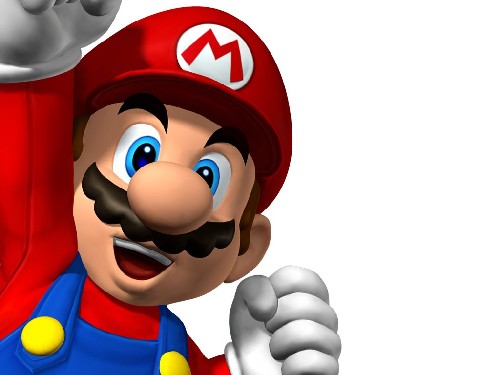 So back to EA and Sega - do their complaints hold water? To an extent. There is a lack of the bloodshed-and-cussing style adult games, and those that are there seem to sell poorly. But then, I have to wonder what these publishers expected? Yes, Dead Space: Extraction and Mad World are quality, technically well put together games. But they’re also not the kinds of games you’re playing six months after you purchase them. They’re not the kind of games that have an intrinsic value to collectors - they’re not part of a long running series and they’re not world-breaking innovative experiences.

What they are is short, intense and entertaining, but they’re also perfect bait for EB Games trade-ins. For every one copy of either game the publishers sold, EB Games probably sold three or four through trade-ins and then trading in trade-ins.

There’s a lack of the kinds of adult dark-and-dirty games that do sell well on the Wii, yes. There’s limited Call of Duty support, there’s no Uncharted, and no real Final Fantasy. If developers and publishers put the effort into making one, rather than a light gun spin off (hello Resident Evil, Dead Space), minigame compilation or chibi-cute spin off, would it sell? I think so.

Nintendo isn’t the perfect company, and its grooming of the next generation of gamers through the “casual game” experiences has, fairly or unfairly, left some of its veterans disaffected. However, the claims that its game offerings are somehow less hardcore or less adult than what is available on the PS3 or Xbox 360 is ridiculous. It might be the kind of 'mature' that doesn’t involve gratuitous violence, and it might be the kind of 'hardcore' that is hidden under a childish polish, but they are there, and what’s more, they sell.