GP: It has been revealed that players can now explore areas outside Rapture's city. Tell us about the role of the ocean in BioShock 2.

Alex: The oceanic sections in BioShock 2 are like a breaking point in the action. It's a place to relax. Well, maybe relax is the wrong word, but there is no combat underwater.

Anthony: It's all about pure exploration, without the intense fighting you'd find on the inside of Rapture.

GP: So just to reiterate, there will be no underwater combat in BioShock 2?

Anthony: No. It's really about having a look at Rapture from a different persective

Alex: ...and enjoying the scenery! 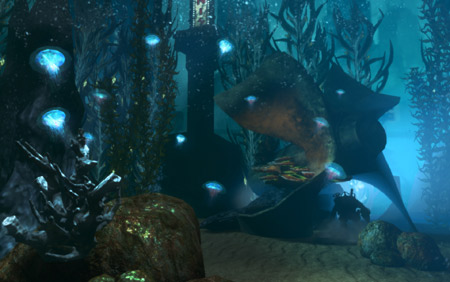 GP: One of the hallmarks of BioShock is choice — letting the player explore at their own pace. Does this pose any challenges from a level designer's perspective?

Alex: Yes, definitely. As a designer, you never know when a player might challenge a Big Daddy to a fight, for example. So we have to make sure every area of the room presents interesting combat opportunities. In most games, as soon as a boss appears, the battle is on. The AI can also follow you around, of course. So yes, it was a bit of a challenge!

GP: Is there anything in particular that has impressed you about the new game?

Alex: Do you mean BioShock 2, or the game after BioShock 2? [chuckles]

Anthony: Let's stick to BioShock 2! [laughs]. Everything that has gone into BioShock 2 was about making a fantastic game even better.

Alex: We spent quite a lot of time in forums and going over tonnes of feedback about what players loved about the first BioShock, and what they didn't like so much. So we've only expanded on what works.

Anthony: I think one of the biggest improvements has been to the combat. The choices at the player's fingertips are far greater than the original BioShock — it's not just about the moral choices in the game.

Alex: There has been a lot of work on the AI, too. They will duck and run for cover, the Big Sister will jump on walls and kick the player, the Brute can physically take objects from within the world and throw them at you. So I think we've made the FPS elements a lot more interesting. 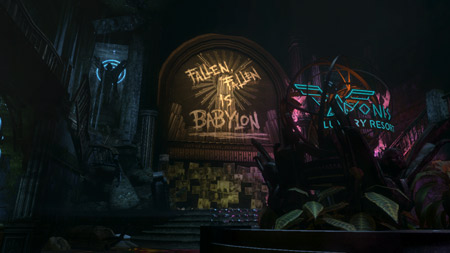 GP: Finally, some nautical-themed questions. Johnny Depp in Pirates of the Caribbean: hot or not?

GP: Who would win in a fight between a great white shark and a killer whale?

GP: That sort of leads into my next question. Do you think giant octopuses exist?

Alex: Well, I'd only be guessing, but sure, why not?

Anthony: Absolutely, I think they exist. I'm actually a diver, and I tell you: the deeper you go down, the bigger things get!