Choosing a CPU for your new computer is never easy, especially if it's been a while since your last purchase; it's difficult to know exactly what to look for. In September, Intel launched its Core i5 CPU: the mainstream version of the Core i7. The Core i7 CPU was released over a year ago and is aimed at high-end users and enthusiasts. 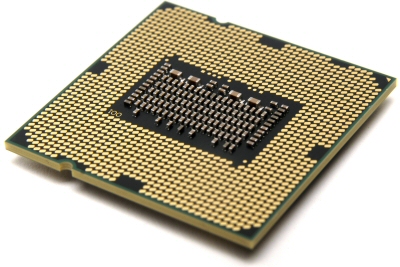 The Core i5 is a quad-core CPU that includes a lot of the technology used in the Core i7 900 series, but there are a few differences: the Core i5 750 doesn't have Hyper-Threading, it supports dual-channel DDR3 1333MHz memory rather than triple-channel DDR3 1066MHz (but it still has a lower memory bandwidth), it requires a different CPU socket (LGA1156 as opposed to LGA1366), and it has an integrated PCI Express controller. 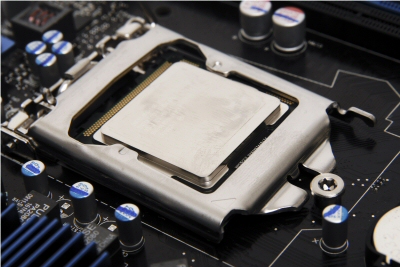 The Core i5 won't fit into a motherboard designed for a Core i7 900-series CPU.

The Core i5 750 is currently the only model available in the Core i5 range, and PC manufacturers are already using it to build good value mid-range PCs. The Core i5 750 has a speed of 2.66GHz, an 8MB, full-speed Level 3 cache, virtualisation technology (so you can run Windows XP mode within Windows 7, for example), and it features Turbo Boost technology. The CPU speed can be bumped from 2.66GHz to 3.2GHz dynamically; the speed is based on how many cores are in use at the same time. For example, when three or four cores can be used to process a particular task, the maximum speed will be 2.8GHz; if only one or two cores can be used to process a particular task, the cores will run at 3.2GHz. 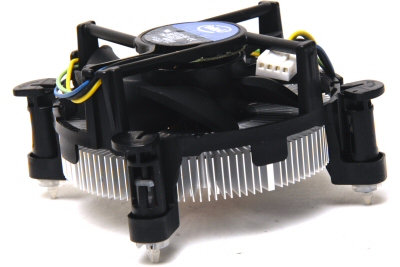 Like the Core i7 800 series CPUs, the Core i5 has approximately 774 million transistors; Core i7 900 CPUs have 731 million. All four CPU cores are on the same die (just like AMD CPUs), rather than being individual CPU dies with external links like Intel's Core 2 Duo CPUs. There is no front-side bus connection to the motherboard chipset; instead, there is a direct link to the chipset called DMI. This is similar to the HyperTransport technology that AMD uses in its platforms.

Below is a selection of PCs that we've tested recently that use Core i7 or Core i5 CPUs, which will give you an idea of how fast the new CPU is and if it's worth your while. We think it's a good value mainstream CPU which can be used to create powerful systems for a reasonable cost.

Dell's Studio XPS 8000 is designed for home users who want a powerful PC that can be used for almost any type of task. It features the latest in Intel processing technology and the latest in Dell case design. (Read full review.)

CPL (Computer & Parts Land) has produced an Intel Core i5-based system that's far from ordinary. It looks badass thanks to the Cooler Master Storm Scout case, and its performance is impressive. It offers a glut of features for a competitive price of $1710. (Read full review)

Centre Com's Sphere i5 Basic is a desktop PC that's fairly nondescript on the outside. It's built using a run-of-the-mill Cooler Master mid-tower ATX case, which has plenty of room for expansion but definitely won't stand out in a crowd. The most impressive part of this system lies inside: the Core i5 750 CPU. (Read full review)

Alienware's Aurora ALX is a gaming PC with plenty of speed, flair and attitude. It's the sort of system that polarises people. Some will love its audacious design and extravagance — such as automatically opening air vents — others will mutter that the machine would be a lot cheaper if it had a more basic case. The fact is, though, the Aurora ALX is designed to appeal to a certain type of gamer -- a gamer who wants a machine that looks as aggressive and willing to kill as the characters in their first-person shooters. To this end, we think it delivers. (Read full review)