1. The Taskbar reloaded: Windows 7's version of the Taskbar is less cluttered than Vista's, and it handles both running and nonrunning apps with equal aplomb.

2. Slicker, quicker Taskbar Previews: Now they show you all of an application's open windows, all at once.

3. The convenience of Jump Lists: These context-sensitive Taskbar menus let you start accomplishing things in applications before you even open them.

4. A System Tray you can love: New controls prevent the System Tray from overflowing with unwanted apps and distracting you with unhelpful, irrelevant messages. 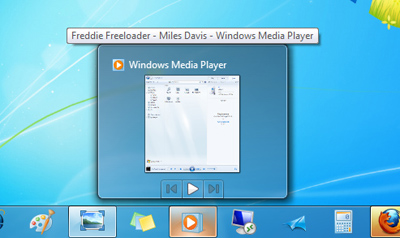 6. Alerts via Action Center: Windows 7's version of Vista's Security Center queues up system messages so that you can respond to them on your schedule--not when Windows feels like interrupting you.

7. User Account Control that you control: If you're okay with this security feature's raison d'être but can't stand the rapid-fire prompts in Vista, take heart: You can tune Windows 7's versions to make them less paranoid and intrusive. 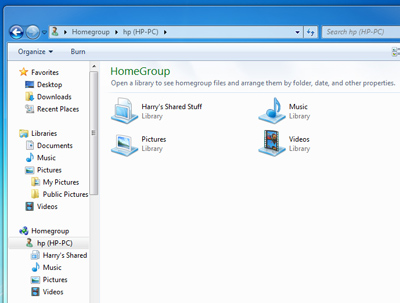 8. Library privileges: You can bundle folders from locations all across your hard drive into Libraries designed to provide one-click access from the left pane of Windows Explorer to related files.

9. Reasonable hardware requirements: Historically, new versions of Windows have gobbled up twice the amount of CPU power and RAM that their predecessors did. But Windows 7 runs a bit better than Vista on the same system; it's even tolerable on a netbook.

10. The potential of touch: Windows 7's support for multitouch input doesn't change anything overnight--but it does lay necessary groundwork for third-party developers to build their own software. If they build killer touch apps, Windows 7 deserves some of the credit.