If the Xbox 360 was your girlfriend, she’d be an unstable, high-maintenance gold-digger. An anonymous games journalist runs with this analogy and kicks his 'ex'-box to the curb… 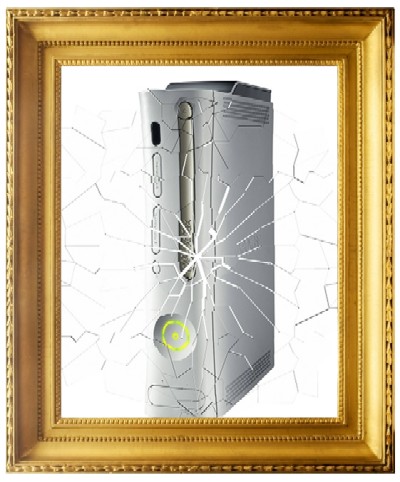 Sit down, we need to talk.

It’s no secret that things haven’t been perfect between us. Don't get me wrong, I still enjoy spending time with you and we've had some really fun times together. Hell, I remember the night we met like it was only yesterday. You were so cool and glamorous — like no other console I’d ever met. I dumped PlayStation 2 for you on the spot. She was pissed, but I didn't care: it was love at first sight.

For a while, everything was perfect. The online gaming, the awesome graphics, the constant stream of kickass games: it was like a dream come true. But then you started to change.

I guess my feelings changed towards you on our third Xbox Live Gold anniversary. Once again, you expected me to renew our relationship with cold, hard cash. It was the same story on our first wireless date together — $100+ for a WiFi adaptor? I felt so used! Then you tried to charge me to look at free social networking sites like Facebook and Twitter. That was the final straw.

All I wanted to do was spend time with you, and you kept treating me like your own personal money tree. Where was the love? Where was the respect? Y'know, they have a name for consoles like you — Kanye West wrote a song about it.

And it's not just about the money. You’re also the most high-maintenance console I've ever met. If I don’t treat you like a piece of porcelain glass, you start to give me the ‘silent treatment’ (AKA Red Ring of Death). I want a console I can be rough with for a change; a console that doesn’t mind getting a little dirty.

Look, there’s no easy way to say this, so I’ll just come right out with it. I've fallen for somebody else. I’m not telling you this to hurt you, but you deserve to know the truth. It's not something I planned, it just kind of happened. No, it's not Nintendo Wii. If it were, this would be a whole lot easier.

I’ve - I've been seeing PS3 Slim behind your back. It's been going on for around a month now. When I said I was too tired to go online that night, I was secretly using the PlayStation Network. And when I said I was watching TV… I was really watching Blu-ray.

I know I said I’d never go back to her, but she’s like a completely different console. When she lost all that weight, I couldn’t help myself — I just had to get my hands on her. Free online gaming, inbuilt WiFi, Blu-ray movies and reliable hardware... how was I supposed to refuse? Besides, I want a console I can grow old with. How many years do you think you have left in you? Two?

Well, it’s been fun Xbox 360. I really mean that. Hopefully you'll be able to find it in your heart to forgive me. Until then; au revoir.

We’ll always have Gears of War.