When it comes to university, there's no doubt that a gadget or two is quite handy. Whether it was the record player to liven up your student digs in the 50s, a mobile phone in the 90s, to the digital books students of the noughties are carrying around with them.

We look at the some of the most popular gadgets with students from the 50s to present day. 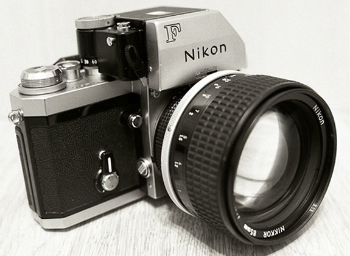 The image quality of photographs produced by college students in the late 1950s with the ancestors of today's Nikon digital SLRs far surpasses that found in party snapshots displayed on Facebook and Flickr today.

But then again, any photo taken with a film camera these days is considered artsy and rare. In the 1950s and 1960s, neither the portability of the camera nor the sharability of the photos, were as significant factors as they are today.

The quality of the photos was all that mattered. In 1959 the Nikon F finally put high-quality 35mm camera technology in the hands of consumers, and the college set took to it in droves. 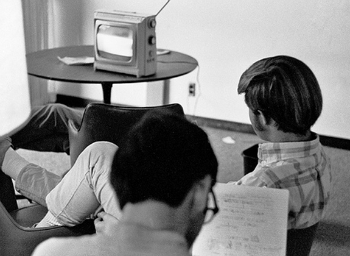 What campus room area would be complete without a television set? In the late 1950s and early 1960s, General Electric produced a personal TV that weighed only 12kg. Students now had a reason to gather and watch TV instead of studying for exams.

The dimensions and the picture quality of TVs have changed in a thousand ways since then, but half a century ago the portability of the GE set was novel. The giant Zenith TV in the basement of the family's house just wouldn't fit in the back seat of a student's Volkwagen Beatle.