The Google Android operating system is still in its infancy. However, HTC's latest smartphone, the HTC Hero, looks like it's got what it takes to challenge Apple's iPhone 3GS.

Featuring HTC's all-new Sense interface, the big appeal of the Hero lies in the fact that its focus is very much on the user. As HTC's Australian and New Zealand marketing manager Anthony Petts explains, the technology in HTC's smartphones isn't the key focus.

"We are very much focused on UI, technology is second place and the specifications are left until last," explained Petts. "The HTC Hero is very much about making it yours and from a customisation perspective a person can make the device anything they want."

This level of customisation is common place in smartphones running the open-source Android platform, and the closed environment of the iPhone OS means it's somewhat of a chink in Apple's armour. For example, full level multitasking isn’t currently available on the iPhone, and third-party applications supporting push have only been available just recently.

In anticipation of HTC Hero's launch in Australia, GoodGearGuide was lucky enough to get a hands-on sneak preview of the HTC Hero before its release (which will be "between now and October"). So, how does it stack up against the iPhone 3G S?

The HTC Hero is slightly longer and thicker than the HTC Magic. Don't be fooled by the press images though: the Hero is slimmer and more compact than it looks. Although the angled design has raised a few eyebrows, it impressed us. The microphone is closer to your mouth when you're on a call, and the design is distinctive. Both the HTC Hero and the iPhone 3GS come in white and black versions. Despite the improvements to the HTC Hero’s design, it doesn’t quite match the iPhone. The iPhone is unmistakably sleek, stylish and well built. 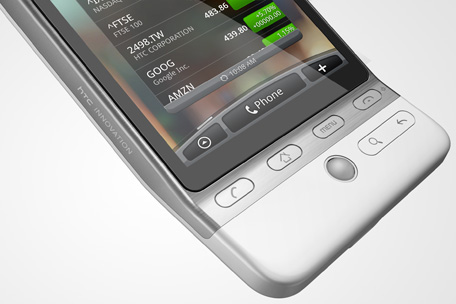 The angled part of the HTC Hero’s body houses the trackball and navigation keys.

The HTC Hero features a 3.2in TFT touch-screen display, which is slightly smaller than the iPhone’s 3.5in screen. Colour, clarity and viewing angles are similar and we really didn’t notice the smaller size when using the Hero. Both of these smartphones use capacitive touch screens (so a stylus isn’t required) and both support multi-touch technology, allowing users to pinch and squeeze the screen with two fingers to zoom. The iPhone 3GS has an oleophobic coating on the display to help make fingerprints and smudges wipe off easier, while HTC has confirmed the Hero will receive a similar “screen protection coating”, even though the exact type hasn’t been confirmed. 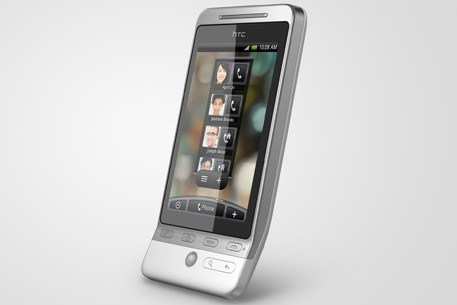 The HTC Hero’s 3.2in display is slightly smaller than the iPhone 3GS', but the different isn’t enough to detract from the overall user experience.

The iPhone 3G S naturally runs Apple's proprietary iPhone software. A big part of this is the App Store, offering access to tens of thousands of applications, all specifically designed for the iPhone. The iPhone OS is also lauded for its ease of use and design, and it's not hard to understand why. These days, a great phone is just as much about its software as its hardware, and the iPhone is a great example of this.

Competing directly with Apple’s App Store is Google’s Android Market. The Android Market is still only in its infancy so it's hard to compare to the App Store, but there is great potential for improvement and a wider range of apps. The Android OS allows multitasking, and there is much more scope for personalisation and customisation — not only from an end user's perspective but also from a developer point of view.

Using the iPhone feels natural; transitions between screens are superb, animations are excellent and the overall ease of use is outstanding — and all of this has only improved with the iPhone 3.0 software update. The iPhone 3GS also features a faster processor than the iPhone 3G, making it the fastest and most responsive iPhone yet.

The HTC Hero will certainly give the iPhone a run for its money, though. Live widgets are one of its impressive features. The Hero has seven home screens available that can be accessed by swiping your finger left or right. You can have the native Twitter client on one screen, the clock and calendar on the other and your e-mail on the next. Because they are all live widgets, there is no need to open applications to access them. 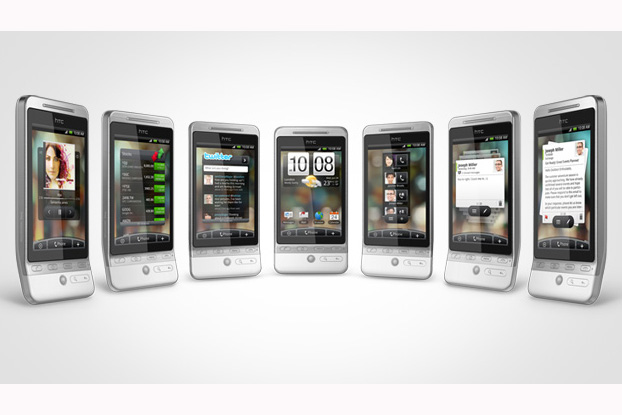 The iPhone's iPod integration is one of its outstanding features. Music and video playback is simple and easy, and the iPhone 3GS adds video recording and MMS messaging. The HTC Hero has a slight edge over the iPhone, with a 5-megapixel camera (though still no flash). It is one of the first HTC smartphones to feature a standard 3.5mm headphone jack. About time! We had a quick play with the Hero’s music app and it looks impressive, even if it will be hard to top the iPhone’s iPod integration and ability to synchronise with iTunes. 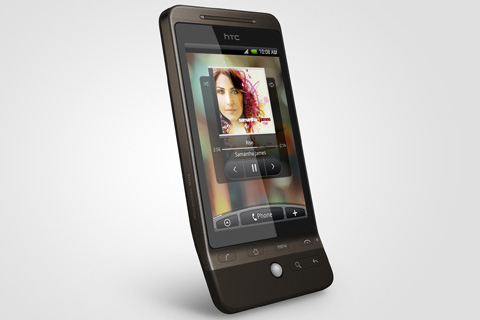 The HTC Hero’s music application looks impressive and, as it's a live widget, music can be played directly from the home screen with a quick swipe of your finger.

The iPhone 3GS and HTC Hero have very similar specifications. Both phones are 7.2Mbps HSDPA-capable, both have GPS, Wi-Fi and a standard 3.5mm headphone jack. The iPhone holds a slight advantage with options of 16GB or 32GB of internal memory, though there is no external storage slot. On the other hand, the Hero has just 512MB of internal memory, but a microSD card slot theoretically allows 32GB microSDHC cards to be used. Neither of these smartphones offers FM radio capabilities, though the iPhone does offer TV-out with the purchase of an extra cable accessory.

A feature not available on the iPhone is scenes, part of HTC’s Sense UI. A scene is basically a configuration of the Hero’s home screen: users could have a scene for work, where they could have e-mail and calendar widgets on hand, and a scene for home, where music, photos and weather could be used.

Who do you think will win the battle between the iPhone 3GS and the HTC Hero? Tell us on the PC World Forums.

For more information on all things iPhone, visit our iPhone Centre.